The whole point of me starting lookup bakery was to ensure that I’m able to provide healthcare options everyone but it comes to desserts and to be able to give back to my community, especially the kids in the community, as I always wanted to do something related to kids when I grew up.

Gigi’s Cupcakes San Antonio, Saweet Cupcakes San Antonio, and others are also having Vegan and Gluten FREE Options and I am very happy about it.  Like Elon Musk, I also want everyone to move to healthier options and if I can make this concept a success, then, I am sure we will have healthier happier future generations. If he can sell cars online then why not Cupcakes? 🙂

Why should you go Vegan?

Did you know that every vegan saves nearly 200 animals per year? There is simply no easier way to help animals and prevent suffering than by choosing plant-based foods over meat, eggs, and dairy “products.”

2. Slim Down and Stay Slim

Is shedding some extra pounds first on your list of goals for this new year? Vegans are, on average, up to 20 pounds lighter than meat-eaters are. And unlike unhealthy quick weight loss fad diets, which leave you feeling tired, going vegan allows you to keep the excess fat off for good and still have plenty of energy for everything yiu wan tot enjoy!

3. Be Healthier and Happier

Being vegan is great for your health and well being! According to the studies done by the Academy of Nutrition and Dietetics, vegans are less likely to develop heart disease, cancer, diabetes, and high blood pressure than meat-eaters are. Vegans get all the nutrients that they need to be healthy, such as plant protein, fiber, and minerals, without all the nasty stuff in meat that may slow you down and make you sick, such as cholesterol and saturated animal fat.

As the demand for vegan food is going up, more and more companies are coming out with delicious meat– and dairy-free options that taste awesome, are much healthier than their animal-derived counterparts, and don’t hurt any living beings.

5. Coronavirus and many other diseases start from animals

The virus appears to have originated from a Wuhan seafood market where wild animals, including marmots, birds, rabbits, bats, and snakes, are traded illegally. Coronaviruses are known to jump from animals to humans, so it’s thought that the first people infected with the disease – a group primarily made up of stallholders from the seafood market – contracted it from contact with animals.

6. Help provide food to more people in the World

Eating meat doesn’t just hurt animals—it hurts people like you and me, too. It takes tons of crops and water to raise farmed animals. In fact, it takes up to 13 pounds of grain to produce just 1 pound of animal flesh! All that plant food could be used much more efficiently if people ate plant-derived foods directly. The more people who go vegan, the better able we’ll be to feed the hungry and fight world hunger. You can do your bit.

7. Save our Planet Earth

Meat is not definitely environmentally friendly. Meat production is wasteful and causes enormous amounts of pollution, and the industry is also one of the biggest causes of climate change. Adopting a vegan diet is more effective than switching to a “greener” car in the fight against climate change.

Here is the link to our Vegan Options: VEGAN CAKE, BANANA BOMB 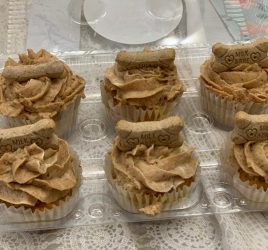 Pupcakes in San Antonio! - 3 reasons why you need choose Pupcakes! 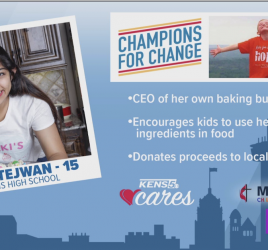 Difference between Keto and Paleo Bakery in San Antonio